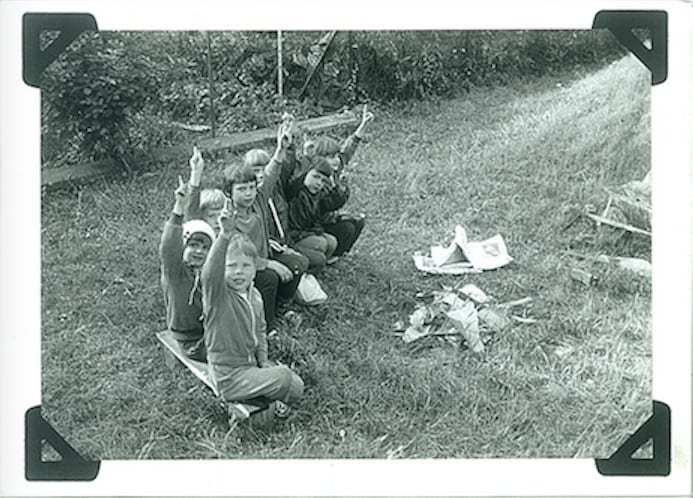 Functions and Roles of Housing Coops

What were the purposes, roles and functions of socialist housing cooperatives under state socialism in the Czechoslovak Socialist Republic?

The housing coop bylaws from various periods suggest that the pre-1989 cooperatives in Czechoslovakia had roles, competencies and purposes that went beyond managing and maintaining the coop buildings, flats and lots.

Kronika SBD Stavbař [SBD Stavbař Chronicle], kept for the Stavbař coop by one of its members, retired school teacher František Holuša, is also a useful document here. Its annual summaries of the SBD Stavbař work between 1976 and 1980 divide the coop work into the following three areas:

In the Czechoslovak Socialist Republic, housing coops like SBD Stavbař or SBD Rozvoj in Opava (of which the U Opavice self-governing coop unit was in different times a member) were part of the National Front (Národní fronta), which was an umbrella organization associating all sanctioned political, cultural, social and sports organizations and governed by the Czechoslovak Communist party.

Besides coordinating and administering the construction and maintenance of coop housing, the cooperatives (similar to other National Front organizations) were expected to fulfill educational and political functions as well. For instance, the 1962 Bylaws of Citizens’ Housing Coops (Stanovy stavebního bytového družstva občanů), issued by the Central Council of Cooperatives (Ústřední rada družstev) and binding for all housing coops, specified that one of the roles of coops was to “conduct educational work towards consolidating socialist awareness on the part of coop members as well as their family members” (p. 4) The particular vigor and sincerity that individual coops brought to this educational work differed from coop to coop, and this difference in attitudes among the coops to their political mission was likely one of the reasons why the government over time pressed for the integration of coops.

The political and educational work expected of the coops prior to 1989 took various forms. Housing cooperatives regularly organized socialist brigades (brigády socialistické práce, BSP), wherein coops would pledge a certain number of hours of volunteer work to be completed by their members, whether in the form of cleaning inside and outside the coop buildings (often prior to planned celebrations of political anniversaries) or in the form of completing various needed repairs through the methods of self-help. Some self-governing coop units also organized annual parties (společenský večírek) for their members, as well as annual Children’s Days (Dny dětí). The U Opavice 2-4 samospráva became particularly well known for the Children’s Day, which many of the tenants remember with much fondness to this day.

The celebration of these social and political events would be reported by coops as part of their political and educational work. This conceptualization and reporting on such events as the Children’s Day, which from today’s perspective might be perceived as ideologically heavy-handed, did not however prevent the participants from often genuinely enjoying the events, and they did bring the coop members closer together and solidified a sense of community in the participants. Building community was in essence a legitimate political function of coops under socialism.

By organizing the socialist brigades and community events that encouraged neighbors to come together to work on common projects, coops were fulfilling their expected role in cultivating desirable socialist values in citizens, including cooperation and teamwork, personal investment in collectively held property, and placing collective needs over individual interests. Such values in citizens would certainly be worth cultivating under any regime, although the coop political and educational work also played a certain surveillance function.

For instance, in Kronika’s report on the national elections in 1976 (which, of course, were far from democratic under the communist regime), we find the following comment: “On the election day, our coop buildings were festively decorated, and no cases are known to us of any coop members who would not participate in or who would otherwise ignore the elections” (p. 37).

Kronika SBD Stavbař also documents ways in which the socialist housing coops encouraged/ coerced their members to decorate their buildings and flat windows for various political anniversaries, such as May 1 (the Labor Day) and May 9 (the liberation of Czechoslovakia by the Soviet Army in 1945). For instance, for the May celebrations, cooperatives, including SBD Stavbař or SBD Rozvoj, organized “socialist competitions” among the coop units for the best window decoration and vicinity clean-up, with monetary prizes of 300, 200 and 100 Kčs. This was a way of encouraging coop members to participate in celebrating sanctioned political events and also a way of normalizing surveillance of these celebrations and of coop members’ behavior.

All modern state regimes, in their efforts to manage their populations, work to normalize surveillance for governing, pedagogical and disciplinary purposes, and the socialist housing coops were among the organizations that played this role under state socialism. This is the part of the socialist housing coops’ functions that their members today miss the least. Information gathering has of course not gone out of style today but the housing coops’ obligatory direct roles in this were markedly eliminated post-1989.

Kronika SBD Stavbař also documents how the housing cooperatives under socialism in Czechoslovakia either voluntarily opted or felt obliged (impossible to tell from reading Kronika) to frame their reports within an appropriate political discourse, although the final wording was surely also a matter of the individual record keeper.

For instance, on page 56, we read concerning the coop’s socialist pledge for year 1978, that it was “presented at the district committee of the National Front and the city national committee in Opava in order to document our members’ social engagement towards enhancing our socialist nation, fortifying the might of the socialist community, solidifying our friendship and cooperation with the Soviet Union, and bolstering the struggle for peace and progress in the world.”

And on page 76, we read: “Let the enemies of peace plot their intrigues, organize their defamatory campaigns, let them show their rage; we, in our united camp of peace and socialism under the leadership of the Soviet Union, will continue to work peacefully, live peacefully, and build peacefully our beloved country.”

While some of these comments may seem almost comical or at least peculiarly demagogic and heavy-handed in their sloganeering from today’s perspective, they passed as commonplace at the time and were reflective of expected expressions of the prevailing orthodoxy.

Perusing the 1988 Housing Coop Bylaws (issued with the 1988 decentralization of coops still under socialism but as if anticipating the events of 1989), it is striking that the political and educational role of coops is already mentioned only marginally, specifically in the following statement describing housing coop functions: “organizing the development of the work and social initiative of members and employees” (p. 2). However, the 1988 Bylaws still specify that when allocating available flats, coops consider the importance/value of the coop member and their household for society (význam člena pro společnost), their social engagement, including their engagement in the coop, as well as their health and their personal situation (p. 7). As well, the 1988 Bylaws stipulate that when assessing the urgency of housing needs, priority should be given to members with more children, to young couples and single parents without a flat or whose flat is not up to the standards of suitable living conditions (p. 7).

Following the post-1989 changes in state policies for coops, similar remarks affirming and supporting accommodation and care for socially vulnerable citizens have disappeared from the more recent housing coop bylaws, along with remarks referring to any political, educational or community building role of coops. Post-1989, housing coops, at least in the context of the Czech Republic, have become legal entities and business corporations with a clearly delineated and unambiguous mission of maintaining and managing housing for their members. Any work concerning community building is now a matter of individual members’ or coop leaders’ efforts and initiative.