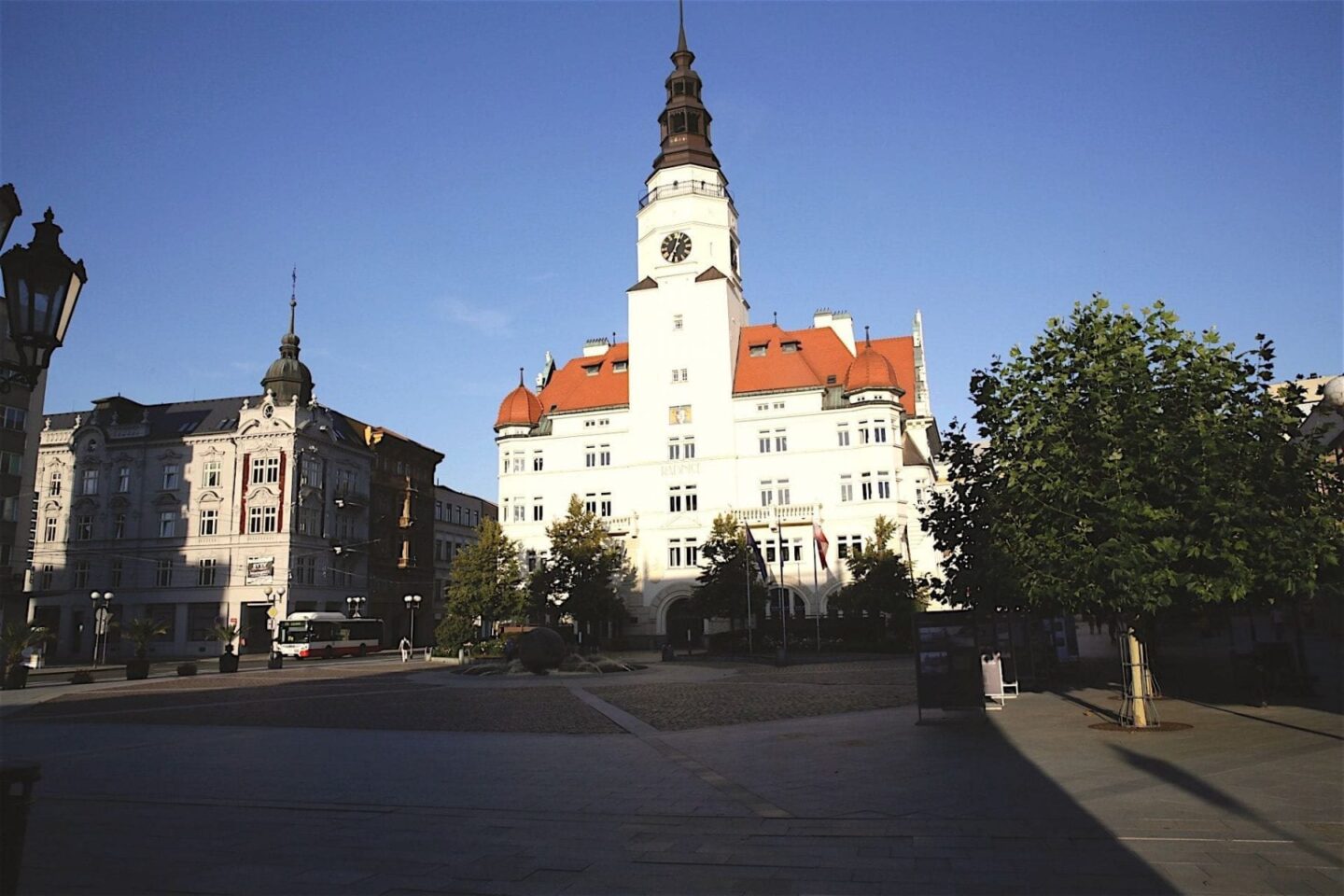 Opava (German Troppau) is a mid-sized city (population 57,800) in North East of the Czech Republic (the Moravian-Silesian region). It is located on the river Opava, whose name it took. The history of its first settlement dates to the early twelfth century, and it first acquired city status in 1224.

Opava’s borderland location (situated several kilometers from the Polish border today) has marked the city’s history and its demographic character and development. In the Middle Ages, the city and its principality changed ownership several times between Bohemian and Polish kings and dukes. In 1526, the Bohemian kingdom became part of the Austrian Habsburg monarchy, but in 1919, with the end of WWI, the Austro-Hungarian empire was dissolved and independent Czechoslovakia was established. In the new Czechoslovak state (and also before), Opava held an important positon as the capital of the Silesian region- until 1928 when the region administratively merged with Moravia into the Moravian-Silesian Region.

While the majority of the population of Opava was Czech at the time, until the end of WWII, the city had a large German-speaking population, which also included an outspoken radical German nationalistic majority that welcomed the annexation of the Sudetenland to Nazi Germany following the Munich declaration of 1938. There was also a fairly notable Jewish community in Opava in the early 20th century (around 3% of the population), but the period of the German annexation and World War II included systematic dis-appropriation of Jewish property, the destruction of the local synagogue, and the internment of a significant portion of that population in concentration camps, all resulting in a marked reduction in post-war Jewish population.

The city of Opava was significantly damaged during WWII, particularly falling victim to heavy bombardment and to moving battle lines near Germany’s defeat, leaving approximately 30% of the city in ruins. Following the war, many of the partially destroyed buildings were torn down.

In the aftermath of WWII, the mood among the surviving Czech population was strongly anti-German and following the Potsdam conference and the President Beneš decrees the majority of Sudeten Germans were expelled from Opava, as well as from other parts of the Sudeten region. The region of Silesia and the other borderland regions of the Czech part of Czechoslovakia were then re-populated, mostly by Czechs and Slovaks, including Roma people migrating from Slovakia.

After the 1948 Communist Party takeover in Czechoslovakia and throughout the 1950s, the Czechoslovak Communist party followed the Soviet model and worked to eliminate private enterprise. During that time, extensive nationalization and collectivization took place and numerous communal /state enterprises were established throughout the country, including in Opava. The priority placed on heavy industry during the post war reconstruction led to Opava gradually becoming conceived and configured in an industrial-supply supporting role to the nearby “steel heart of the republic,” Ostrava. Exemplifying the trend, in 1949, Ostroj, a large industrial plant specializing in producing mining and other heavy machinery, was established in Opava. Both Ostroj and another, older Opava factory called Minerva, along with Opava’s other industrial plants, focused or re-focused their production around the needs of Ostrava mines and iron-works.

This development precipitated an increasing demand in Opava for new, modern apartments, much called for by young Ostroj, Minerva and other factory workers with families. With many cities and towns across Czechoslovakia experiencing a similar shortage of adequate housing for their employees, the state responded by encouraging the construction of coop housing, and in the early and mid 1960s first housing coops were founded in Opava. The Minerva plant was one of the Opava enterprises whose employees decided to use the coop type of apartment construction to meet their housing needs. In 1963 Minerva employees founded a housing coop to build the three apartment blocks U Opavice 2-4, which are the focus of this project. As for Minerva itself, the factory originally produced high quality sewing machines, but in 1953 its production was transformed to produce industrial valves (armatury) for Ostrava mines.

For the next forty years Opava more or less continued in its role as an industrial supply support city. Post 1989, Minerva, Ostroj and the rest of the factories and plants in Opava were privatized, often with significant foreign investment. Housing coops have been restructured post-1989 and many of the flats are now privately owned, but the apartment buildings constructed through the coop system –including the U Opavice 2-4 apartment blocks – continue to offer high quality affordable housing.

Opava’s population today (in 2018) is over 57, 800. Reflective of the rising knowledge economy, the city is now also the location of Silesian University (Slezská univerzita) founded in 1991.