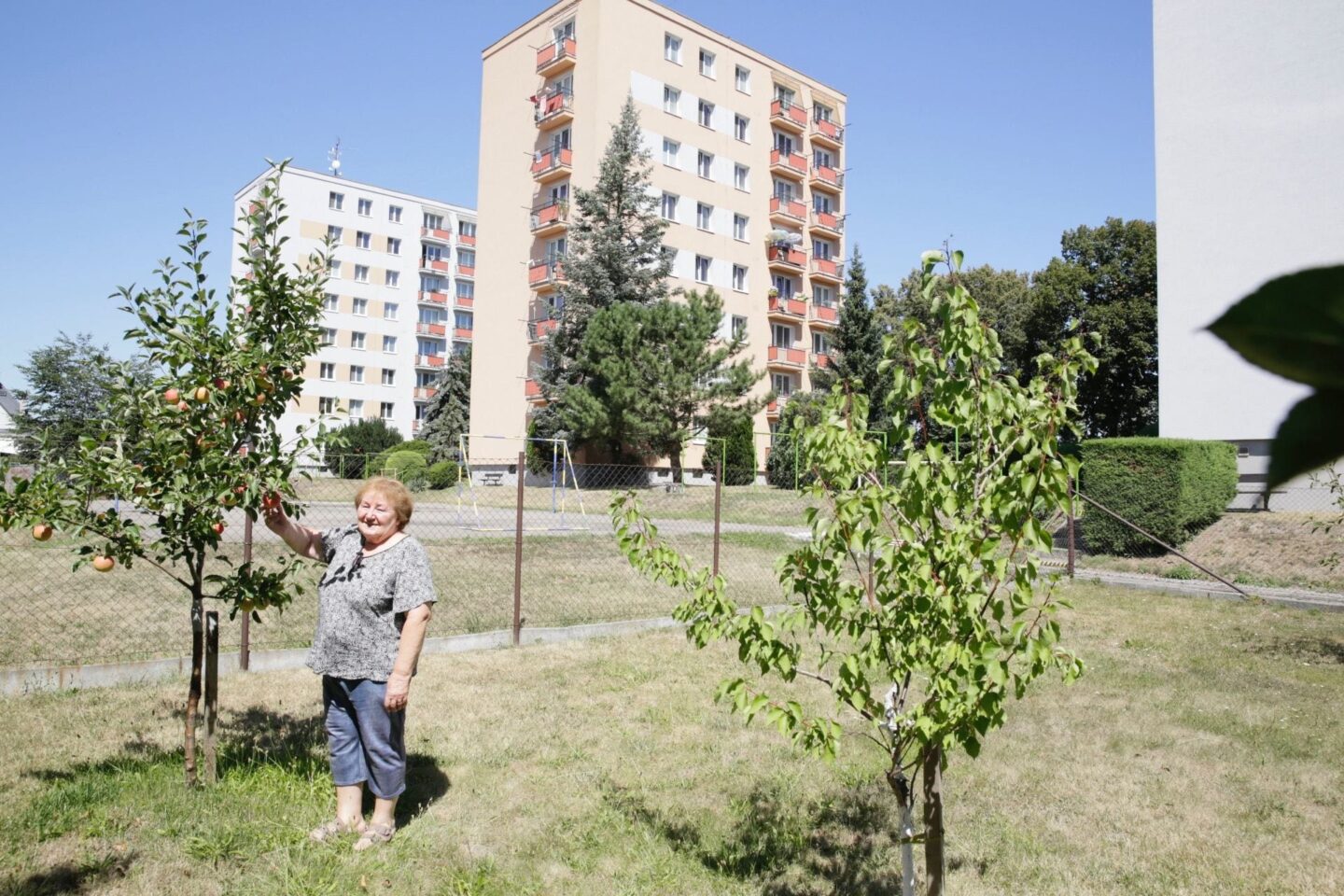 The story of the lot on which the U Opavice 2-4 paneláky (prefabricated apartment blocks) were built reflects the socio-political history of the Opava region from the time of the WWII, with the land and real estate changing owners following the pendulum of global and local developments.

The lot on which the three paneláky are situated has undergone numerous ownership transfers, both prior to and after the apartment blocks’ construction, including transfers from private to state/municipal ownership, and, post-1989, to some extent back to private ownership again. The historical events reflected in these changes include:

The transfer of private property into state property under state socialism between 1948-1989 is exemplified by the 1963-1964 history of several lots adjacent to the U Opavice paneláky through a process of public/state appropriation. At that time, several family houses located in the adjacent U střelnice street had, as part of their lots, extended back yards, which stretched all the way to what today is U Opavice street. Portions of these back yards were needed to create space for the construction of the three paneláky, and in 1963-1964, the owners of these lots were notified by Krajský investorský útvar (KIU, the Regional Department of Investment) in Ostrava that a part of their back yard was needed for the construction of the U Opavice paneláky and would be purchased at a set price. Yet another, quite extensive portion of the land needed for the paneláky construction was less complicated to acquire since it was already controlled by the Minerva plant and was occupied at the time by gardening plots used by Minerva employees living in the adjacent old “Minervák” apartment building on the U střelnice street.

Krajský investorský útvar (KIU, the Regional Department of Investment) in Ostrava was the mediating office whose role it was to acquire (either by purchase or, if necessary, by confiscation) the needed land on behalf of the newly established housing coops in the region. KIU acquired the land needed for the construction of the U Opavice paneláky for the Minerva housing coop, purchasing the needed land and subsequently transferring it from the private property category to the “operativní správa veřejného sektoru” (operative management of the public sector) category.

The compulsory purchase of land with the assistance of the KIU exemplifies one way employed by the socialist state to transform private property into state/municipal property in its efforts to provide the needed quantity of adequate housing for young families while applying communist property ownership principles. The land on which the paneláky were built was placed under the administration of the district national committee (Okresní národní výbor), and the coop would hold the real estate in permanent usage free of charge without owning it. Between 1964 and the early 1990s, over sixty children would be born and raised in the three U Opavice paneláky, suggesting that the lot was utilized highly effectively.

The practice of acquisition as described above has historically found application across a number of political systems, whether capitalist or socialist. Eminent domain (an invocation of public interest) has been used extensively in the US and elsewhere to effect the transfer of private holdings into public possession and use. The perhaps unusual item here is the declaring of a housing cooperative as a higher public need.

Reaching further back into the past before the construction of the three paneláky, there is also a connection between the U Opavice 2-4 lot and the post-WWII expulsion and expropriation of the German population from the Sudetenland region of Czechoslovakia. While before 1964 the U střelnice family houses (whose owners would be asked to relinquish some of their property to make space for the U Opavice paneláky) were in the hands of Czech private owners, prior to the transfer of Sudeten Germans in 1948-1950, some of that real estate was owned by German citizens. Some of the 1964 Czech owners acquired the U střelnice houses in 1950 from the Osidlovací úřad (the Settlement Office) and Fond národní obnovy (the National Recovery Fund). These two offices were set up to allocate and sell property to new (mostly Czech or Slovak) owners after its confiscation from Germans post WWII (on the basis of the Beneš decrees). Poignantly, some of the property in the neighborhood occupied either by German (or Czech) inhabitants until 1950 had been owned by local Jewish people, who made about 3% of the Opava population before WWII and who were dispossessed and often sent to death camps before or during WWII.

Finally, post 1989, and specifically through policy changes instituted by the state in 1994 and in 2014, self-governing coop units, including the U Opavice 2-4 unit, became legal owners of their buildings and lots that, prior to 1989 and prior to the process of privatization, had been owned by the state. Individual coop members can now either purchase their flat (and a percentile portion of the building lot) into their private ownership or keep their flat in the coop ownership. More and more coop members these days choose to purchase their apartment and a segment of the coop lot, which complicates the situation of the self-governing coop units in that they now have to navigate a situation where some of the inhabitants of their flats are private flat owners while others continue to inhabit their flat as coop members.